Walking Lightly - a proper relationship between the feet and the Earth

About an hour of instruction video and about 50 slides showing the relationship between use of the feet and whole-body biomechanics.
Due to be released on Vimeo approx August 2021.
Subscribe to our mailing list for preview and notice of release date. 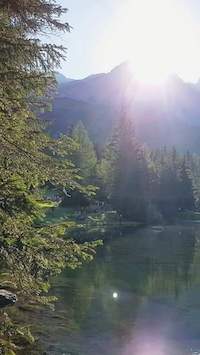 The body can be experienced as being light or heavy. What makes it so is down to a combination of factors - some related to mechanical use, and others related to focus of attention.

Embodiment eventually comes back to our relationship with the Earth - and one aspect of this is how we use our feet. Mechanically, things changed for the worse when we started wearing shoes and adopted a heel-strike way OF walking and running. Our musculoskeletal system evolved for barefoot movement, in which the ball of the foot takes the initial load.

Shoes were originally designed to protect the feet, but modern shoes take this a lot further and support unnatural movement patterns by over-supporting an dover-protecting the foot. The heel-strike way of walking results from a combination of these technical changes to foot wear, plus a history of military-style marching in which a crisp and forceful style of walk (along with a forced lift of the upper body/chest) has been created so that it has a specific visual effect to an observer.

Before all this happened, we used to have a barefoot style of walking and running, in which a heel-strike would quickly damage the foot. So for hundreds of thousands of years, our bodies have evolved to use the ball of the foot far more than the heel. This requires a subtly different balance point when moving, a subtly different alignment of the spine and head, and results in the body being led from the sternum rather than being pushed by the kidneys. 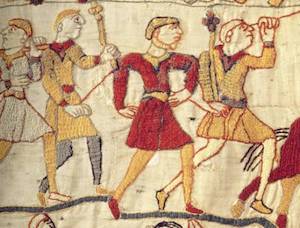 Lightness is also something of a state of mind. Children do not experience themselves as being heavy, and appear to fly when they run. The apparent weight is very strongly affected by where attention is placed. If attention goes to heaviness, then the feeling is one of heaviness. If attention goes to lightness, then that is the experience. The focus of attention is always a choice - it's just learning now to shift that focus in a way that is "ecological" to the needs of the whole body.

Of course, the body cannot be light if it is holding its heaviest part - the head - in an imbalanced way. And this is not only about musculoskeletal lightness - it is also about mental lightness... The position of our head and anxiety responses mutually influence one another. So just as FM Alexander described the effect of the base of the skull on the whole body and mind, and I am describing the usage of the feet in a similar way; lightness is a whole-body and mind phenomenon that cannot be isolated to a single part of the anatomy or a single kind of mental focus.