Although most people think of PTSD as being a "metal" condition, it is actually largely physical (physiological). It is caused by the very primitive parts of the brain - which usually run your heart and digestive system - taking over because they "think" your life is in immediate danger. This physiological basis makes it treatable through Craniosacral Therapy

Clearly most people with PTSD are not in immediate danger, but that cognitive knowledge does not change the response of the body or affect the anxiety that comes from the body to affect the mind.

My experience during two decades of practice is that PTSD-type conditions are far more common than is realised. They are a major factor in almost all "difficult to treat" physical conditions and in cases where injuries do not heal properly or parts of the body are chronically too tight or too weak for no apparent reason. In a general sense, the body heals itself best when we are fully and consciously present in it. Simply put, full conscious presence is not possible in PTSD states.

Of course, there are grades of PTSD from minor shock through to major trauma; just as there are grades of injury from a small bruise through to being hit by a speeding train. Unlike a bruise, PTSD only starts 2-3 weeks after an event as a result of us still not feeling safe. By definition, PTSD is a type of physiological (i.e. NOT primarily psychological) adaptation that has not resolved and instead has become chronic. It becomes psychological because the body generates a kind of anxiety which affects the state of mind.

I dislike the word "psychosomatic" because it somehow has come to imply that the person is neurotic and should be capable of throwing off the affliction by means of a traditional British stiff upper lip. In most cases this is about as far from the truth as it is possible to get. PTSD is increasingly being seen as primarily a form of Dissociation(!) - and the distressing hyper-aroused aspects of it (pain, anxiety, etc) are almost secondary... For instance see Ellert Nijenhuis (2017) "Ten reaons for conceiving and classifying post-traumatic stress disorder as a dissociative disorder", dx.doi.org/10.1016/j.ejtd.2017.01.001

...the body heals itself best when we are fully and consciously present in it...

In my clinic, each person is treated according to the degree to which this is an issue and how your body processes the dissociative material. For some the "PTSD" component may be trivial, to the extent that I might just ask you to wiggle your toes or perform some other small action that makes you more aware of your body "in the present moment". In other cases we may have to step back and deal with dissociation directly. In other cases, just standard CST techniques will work without any need to directly address shock.

Over the past 20 years I have found that chronic pain of any kind requires some degree of PTSD treatment so that the physical work can progress usefully - simply because pain itself generates exhaustion and the body-mind eventually responds to the pain exactly as it would respond to an external threat to your life. This is seamlessly integrated into the bodywork sessions so as to reduce the number of treatment sessions as far as possible.

I provide a range of treatment for this condition - from minor interventions when this is secondary to physical pain, through to direct treatment for diagnosed PTSD due to known trauma. If you are receiving (or have received) psychotherapy or counselling for trauma, I NEED TO KNOW!
I also run workshops in "Trauma-Proofing" - see www.body-mind.co.uk, and workshops for professionals in the treatment of dissociative conditions. 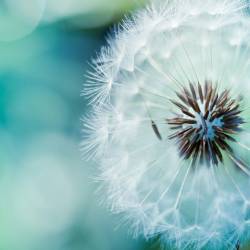 The body has an organic intelligence, and a life - one could even say a cellular consciousness - of its own... and sometimes that becomes stuck in a response which no longer reflects current reality. This occurs at such a primitive level of the nervous system that it is not usually under conscious control. "Dissociation" is one of the main side effects of this kind of reaction.

I have developed several simple techniques that can be used along with CST - which can often help these alarm states to normalise very quickly. This has applications for the treatment of trauma, through to treatment of many other apparently physical conditions.