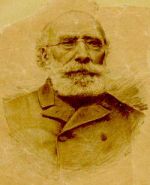 The two medical paradigms of wellness and illness were being fought out in Paris in the mid 19th century - the same time AT Still was developing Osteopathy. Although the illness paradigm (Louis Pasteur's Germ Theory) "won", the principle of wellness was never disproven, and is far more resonant with modern understanding of ecology. Its main proponents were Antoine Béchamp (an organic chemist who developed Cellular Theory and realised the importance of endogenous bacteria to health) and Claude Bernard. Although this debate was originally about disease, the principles apply equally well to physical aspects of the body such as skeletal structure.

In fact, we have recently discovered that the gut operates like a rainforest ecology, with some 10,000 species and subspecies of bacteria, without which we would not survive more than a few hours. Because bacteria are smaller than human cells, we find that there is roughly as many bacterial cells (and perhaps 10x as much bacterial DNA) in a healthy human body as there is human cells and DNA! And an estimated 40% to 80% of human DNA is Endogenised viral DNA. For instance, one of the important information transfer processes in the brain was recently found to be made possible by a snippet of DNA introduced by a virus. 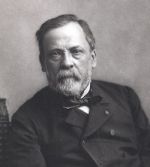 Note that Cellular Theory (or Vitalism) does not deny that bacteria or viruses can bring illness. Rather, it says that most bacteria are either beneficial or harmless until the body becomes out of balance - at which point the germ is no longer under the control of a healthy body ecology / immune system. The immune system tolerates all "invasive" organisms, and does not attack them immediately, but rather has a mechanism that activates when they have reached a certain threshold population. In the vast majority of cases, a symptomatic infection or "pulled muscle" or "slipped disc" is a sign that there was something wrong well before the disease or discomfort even started - that allowed the ecology to become unbalanced to the point that the body was no longer able to sustain its own internal health. Claude Bernard, the founder of experimental physiology, the first person to identify the importance of homeostasis and one of the founders of modern scientific medicine was also a proponent of Cellular Theory / Vitalism. See "Purpose and Desire" by J Scott Turner.

The aim of CST is to restore the basic conditions that encourage health so that the body then brings itself back into order. This does not necessarily require that the specific "illness" is treated - but rather that some (or even any) the burdens it is carrying are reduced such that the body can re-establish its own health. The principle of CST and many complementary therapy approaches is therefore no different from an ecological approach to the environment. If a stream is polluted or full of old shopping trolleys, or we make it difficult for one particular species of animal or plant to thrive, then nature will always find another balance. This is good, in that nature always wishes to make the most of what opportunities it has. However, at some point it will run out of adaptive capacity, or the balance it finds may not be particularly good for human life. If we try to think our way back out of this problem, it may be obvious (remove the pollution and trolleys), or something more subtle may be required to nudge the ecology back into a healthy balance.

A Useful and comprehensive description of Vitalism in practice is found at laleva.org, and a full review of the dispute between Pasteur and Béchamp can be found here.

[an error occurred while processing this directive] 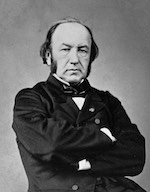 The debate that began with Paster and Béchamp/Bernard continues to this day. As a complementary practitioner, my whole work revolves around the Cellular theory of Béchamp. Whereas mainstream medicine has largely chosen Pasteur's model. Essentially, we have been taught to view life as a disease process rather than as a positive force... and this world view has been so popularised that it is take for granted as the only way to view life.

Many of the principles of Cellular theory are recognised in modern science (e.g. the way that bacteria and other unicellular organisms morph according to their environment). And the modern study of Ecology would very much agree with the tenets of Cellular theory when applied to a natural ecosystem. Why should the human body be any different?

The table below gives a comparison between these two very different approaches. In effect, Germ theory (the study of pathology and impersonal illness) is a subset of Cellular theory (the study of individual wellness). Germ Theory applies when the ecology is seriously out of balance.