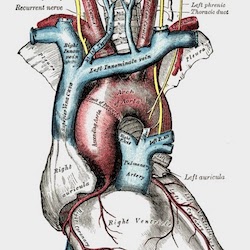 PolyVagal Theory, developed by Stephen Porges, is a description of how the human nervous system evolved from reptiles and then mammals. An understanding of the evolutionary history allows us to understand how the Autonomic Nervous System (ANS) works - which has very profound significance for understanding human behaviour.

The ANS could be said to be a part of the nervous system particularly important in tying together the mind (mental-emotional states) and the body (reactive movement and physiology). Your body's physiology - how it absorbs and conserves and uses energy, how it maintains its proper internal temperature, circulates blood, makes sure there is enough oxygen, etc - is what keeps you alive, and it is run by the ANS.

The ANS has two branches - one of which more or less deals with the outside world by using energy and moving, by use of adrenaline. The other half of the ANS - the Vagus Nerve - conserves and absorbs energy, organises the digestion of food and is also linked to how we use our facial expression and body language to communicate ("socialise"). 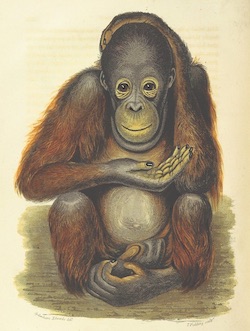 Neuroception is the term used to describe the way that your body-mind (the more instinctive part) determines whether you are safe or not. When our body feels safe (which is NOT the same as the mind thinking you are safe), then the body and mind are working efficiently with an optimised use of energy, and you are able to be calm and alert, peaceful and energised. This is a particular balance of the Autonomic Nervous System - the "window of normal adaptation" (or in psychology the "Window of Tolerance").

An understanding of the ANS is one of the cornerstones of Positive Body Awareness (PBA), and is one of the core elements in all state-of-the-art trauma treatment. As humans we are immensely complex, and a simple "map" of the nervous system (such as PolyVagal Theory) does not stand up very well to detailed scientific dissection. In fact, any simplified description of the human mind and behaviour is rather like the Cheshire Cat in Alice in Wonderland, in that the more it is scrutinised in detail, the harder it is to see. The value of PolyVagal Theory and all the other elements that make up Neuroception is that as a broad statement it describes human experience very well, in a way that everyone recognises, and allows us to navigate that experience in a way that causes a return to health.